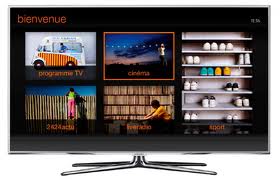 I’ve been through a very interesting article from Mark Suster, an experienced manager in the digital economy, now working at GRP Partners since 2007 as a General Partner and focusing on early-stage technology companies. It is called The Future of Television and the Digital Living Room and released at Fast Company web site (2010, Oct).

Mark identifies 10 major issues that the TV industry will face in the next 5 years, and I have tried to put a few comments after a short sum-up:

This article is like an echo to the path we have taken in developing SoTV: it feels good reading it! As we are innovators, we had to go one step further and define our belief to get the creation started in a sustainable way (“belief as the cornerstone of innovation”): openness is our belief, when Internet mashes up with the TV, culture mix respecting both original cultures, online services blended with TV broadcasting.