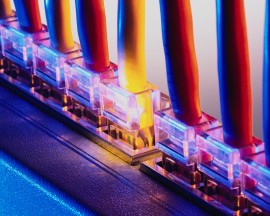 There are many examples where Intelligent Things embrace open innovation paths and collaborative design approach.

One might actually ask: does Intelligent Thing have Social Innovation in its DNA, and what are the reasons for this relationship? How can we make Intelligent Things become clever by operating socially?

What are Intelligent Things?

“Intelligent Things are objects which “become” intelligent because they connect to the Internet” according to Netexplo conference related to the world of Intelligent Things. One also talks about “extending objects by Internet connection“ . Extension means a various set of actions enhancing the object: hacking, gluing, watching through sensors like cameras, …

Extensions of pre-existing objects can mean “revisiting the object” like in the case of the “communicating tire” by Michelin or designing connected household appliance by SEB. Original creations involve designing specific Internet objects that will communicate, collect and display knowledge, entertain, collaborate, …

Sensors are an essential piece to change inert objects into Intelligent Things as they collect user data and transfer them to the Internet. Rafi Haladjian, a forerunner in creating Intelligent Things with his Nabaztag rabbit, distinguishes various ranges of sensors: “infrastructure, smart phone, enhanced device, neo objects, add-on like RFID tag, and DIY (do it yourself)”. “To bring a connected object to success, you need to lower the necessary motivation for the user to put in data”, insists Rafi Haladjian: “The less motivation is required from the user, the better the data collection will be“.

By collecting data through sensors, and their multiplying number (5 billions now, 20 billions in 2020), Intelligent things lead to the “area of big data“, and the concept of “web squared“.

Many examples show the crossing between Intelligent Things and Social Innovation:

Furthermore, recent initiatives like Readymate.com or Mamadeleine.com offer a design platform for users to create their personal Intelligent Thing, connect an existing personal object, or hack a connected object..

In short, Intelligent Things become clever when they operate socially and entice collective intelligence, capturing data from various individual sources to compile them, and display the results back to the community which is able to develop additional applications processing the data.

Technology push is present in the fact that Intelligent Things, using sensors and being connected, produce a continuous flow of data that can be easily made available to the community of developers, and which are sources of additional services ideas. Thus, Withing bodyscale capture data like weight, frequency and time of use, user gender and age, … and display them through dedicated API

For the user, it’s about control, enhancement, and openness. 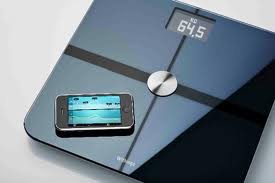 In the case of Withing bodyscale, one can imagine the 3 steps as follows: 1)control his weight, 2)get balanced diet suggestions, 3)benefit from unexpected services like an app displaying my personal calendar on the body scale.

Curiosity and surprise can sometimes appear in the first phase: thus, one body scale owner found it hard to understand why his frequency of usage was so high, until he realized his maid was using the bodyscale as well!

Most of Intelligent Things have an intrinsic interest in the fact that they produce data of proximity, providing insights on our daily life, understood by average citizen: they are sources of creative sparks for developers to better everyday life.

If Connected Objects have a sales model as their basic business model, additional applications created by community of developers enhance their attractiveness and foster user loyalty, just like the App Store brings the iPhone to another value level.

Intelligent Things can then build marketplace for applications and get commissioning revenues; they can monetize roughly the data they produce or leverage on APIs to increase their presence and branding: to expose Intelligent Things data, APIs turn to be the most efficient and collaborative platform.

The business case of Open Data shows that opening freely data to developers, and unleashing creativity for applications, might create more value than monetizing data flow to developers.

For Intelligent Things, the challenge becomes twofold: design an end-user product with a great customer experience at an attractive price, and shape a purposeful platform (APIs, SDK Software Development Kit, Data Visualization) that will attract developers and third party contributors to build a wide range of applications.

Intelligent Things share data with social innovation community, and the community turns back value to them. These two objectives are bundled: the audience that developers will be able to reach through the platform becomes an important attractiveness factor.

Despite the undeniable potential of data opening and APIs business models, some constraints still limit its development:

The case of personal information can be especially sensitive: recording, storage and use of personal data are strictly controlled (at least in France) by the Data Protection Act of 1978 under the responsibility of the CNIL. In particular, the law states that “Information cannot be reused in a manner which is not consistent with the purpose for which it was collected”.

The service designer has to be particularly vigilant with this regard insofar as the aggregation of data, including personal data, could lead to use this information for purposes far away from the original objectives.

The main Key Success Factors to create value based on data generated by Intelligent Things can be sum up along two axes: build a functional API and create an attractive platform.

Finding the successful mixture in one shot is hard, thus many iterations of this process are needed. The goal is to design an API that will help and motivate developers. It starts with a quick model or small tests on micro communities; incentives can help initiate the involvement. 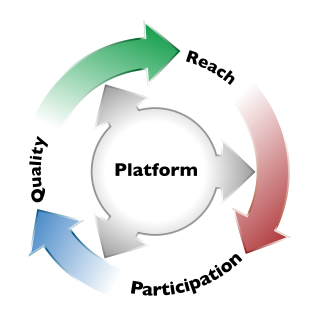 These two KSF can be distinctly addressed, and we have to think in both ways. Nevertheless, the common goal is to create a positive ecosystem. If the platform is attractive, many developers will use it, and thanks to them they will improve the API. Reciprocally, if the API is well-thought and easy to use, developers will want to use it and make the platform attractive.