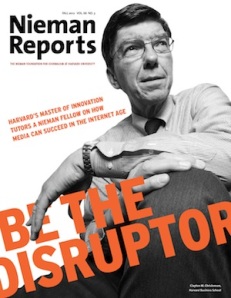 What is radical, what is disruptive?

Greg Satell points out the definition of disruptive innovation unfolded 10 years ago by Clayton Christensen in The Innovator’s Dilemma: ‘Great firms get disrupted and fail when they got blindsided by a completely new market’. Greg notes that disruption can ‘start with a product worse from a traditional standpoint, but performing better in areas such as price or convenience: a new market would then develop, the new upstarts will serve a different kind of customer that seemed tangential, niche and less profitable to incumbent firms’.

When radical innovation is about technological leapfrogging, disruption brings  a new market to the landscape, explains similarly Venkatesh Rao. In other words, the CD is a radical innovation (great technology, same players shoot again, with better margins) while the MP3 is a disruptive innovation (value shift, complete recomposition of the market, incumbent players get disrupted).

I have in mind 2 additional perspectives:

In “four quadrants of innovation”, Hugh Carpenter goes one step more in detail, distinguishing 4 innovation types by crossing market and technological axes as shown below. 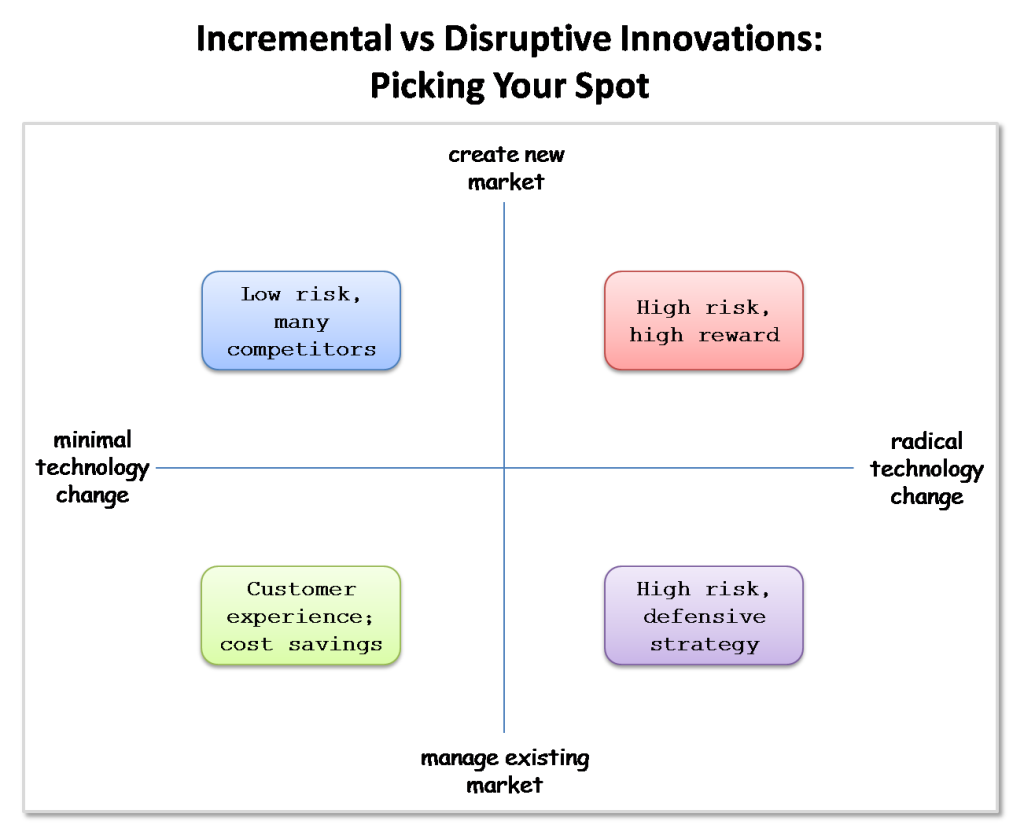 Free is a French Internet Service Provider (ISP) set-up in 1999.

For Free, the defining moment to take over the French market is 2002 with the launch of the ‘Freebox’. A few hints illustrate Free’s radical move: 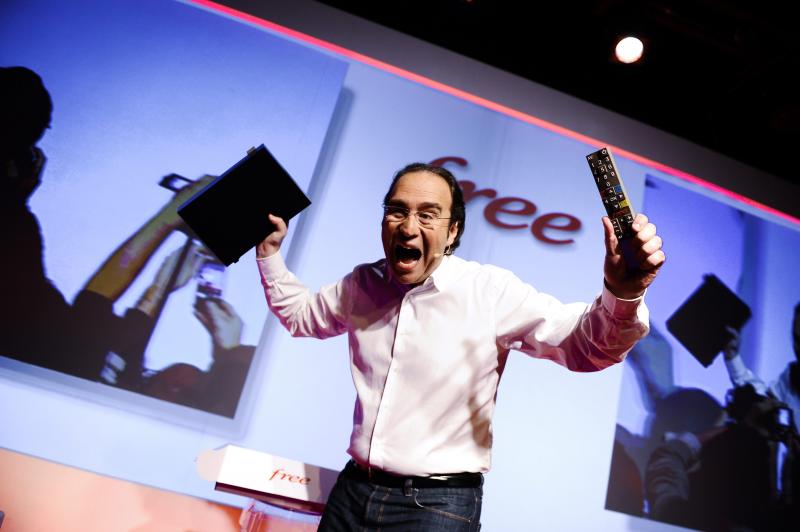 Shall Free then be considered as a disruptive innovator?

ADSL and IPTV are stunning technologies which, combined with the infinite resources of the Internet, developed new markets at fast pace: 22 millions ADSL subscribers at the end of 2012, close to the number of French housholds of 25 millions, and 12 millions IPTV subscribers.

Though Free did contibute largely to shape this market, Free did not disrupt the historical firm, incumbent operator France Telecom.

It was indeed not the only player to surf the ADSL wave, and trigger IPTV usage. Multiple ISPs gave it a try: at peak time, 10 ISPs were commercializing Triple Play on the French market! Some players managed to follow quickly every innovative step accomplished by Free, and became nimble ‘Fast Followers’. Fierce competition ended in market consolidation: Free performed a brilliant market share, more recently with top position in acquisition in 2012, but France Telecom, now rebranded Orange, still holds a lead position.

During this period, Free built a strong brand image as innovator, always on edge of most recent technology, and gained to be considered as ‘the best provider for Geek communities’. The offset was unfortunatley a perception of ‘Do It Yourself’ service, along with a long-lasting critised customer care. The common word was: ‘If your Freebox installation works, it’s the best; but if it doesn’t, it can be a real nightmare’. It was all the more upsetting to deal with the customer service that hot-line used to be at premium rate at that time.

The missed rendez-vous of the ‘Smart TV’ ?

Free kept on going on his innovative path, delivering the first Internet-enabled box in 2010, the ‘Freebox Revolution’, turning your TV into a ‘Smart TV’. 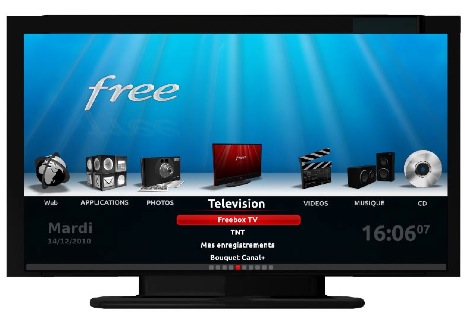 ‘Freebox Revolution’ is a groundbreaking box providing an impressive range of services on your TV, complementing advanced IPTV services with Internet games and TV apps, a Blu-ray player, a Mediaplayer service connected to home devices, and an Internet Web Browser. It works both with ADSL and fiber networks, going one step further toward lighting speed connections.

A noteworthy focus was made on aesthetic, resulting in a slick UI (User Interface), elegant form-factor, and a futuristic remote-control designed by Starck with gyroscop and accelerometer features, facilitating web browsing and gaming. 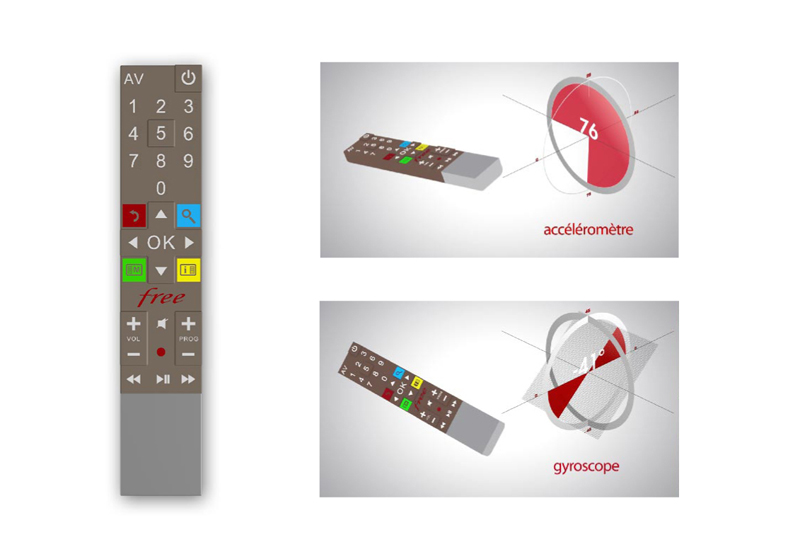 Yet, to my opinion, a Freebox is still more perceived as a technical commodity than a personal emotional device such as the iPhone or iPad are: those create a special connection with the user, and furthermore with the Apple brand.

A slight twitch is missing to turn ‘Freebox Revolution’ into THE box.

Having said that, no one has still cracked the code to design a ‘Smart TV’ and make it an unforgettable experience!

No doubt either that it’s not easy to bring people to see an ADSL box as statutory as their Smart Phone or Tablet, or in the next future, their Internet-enabled Watches and Glasses: it lacks a consumer-facing interface. A broadband box is often shelved below the TV set, gets dusty and forgotten, and is not exactly something you show spontaneously to your friends, proudly saying: ‘Hey, have a look at my box!’.

Will it be one day? Don’t miss our next episode on the Free story.